The anatomy of a fear of growth

The world’s best airlines for 2021, ranked by AirlineRatings.com

2020 has been a particularly difficult year for many around the world – but moms with young children may have had the worst, says a new Gallup report.

In a year largely defined by the COVID-19 pandemic and the resulting economic crisis, adults around the world set new records for experiences of anger, sadness, stress and worry, according to the study. And women with children under 15 at home reported experiencing these feelings at higher levels than other groups.

“While 2020 was a banner year for negative emotions, the world was already moving in a negative direction long before the pandemic,” the Gallup report said. “But it undoubtedly made the situation worse for many, including women with young children at home, who were already facing these negative experiences.”

See also: Unlike previous downturns, women bear the brunt of the COVID recession – here’s why

The only negative experience that has tended to decrease in 2020: physical pain. But even though all groups were less likely than in 2019 to report experiencing physical pain, women with young children were more likely to experience pain than their counterparts.

Gallup based its index on surveys of people aged 15 and older conducted in 115 countries and areas in 2020 and earlier this year, with at least 1,000 respondents per country or area. The survey questions asked respondents if they had experienced these feelings “for a good part of the day” the day before.

In the United States, women have left the workforce in large numbers amid a surge between school closings and reopens, a child care crisis, burnout and other economic stressors .

According to a study released last summer by the US Census Bureau and the Federal Reserve, many mothers in states that have received early closure orders have had to choose between taking temporary absences to care for children or extending the hours. night and weekends to balance domestic work.

The ‘double shift’ of housework and caring for working mothers has become increasingly demanding during the pandemic, a McKinsey & Co. analysis published in May also found. 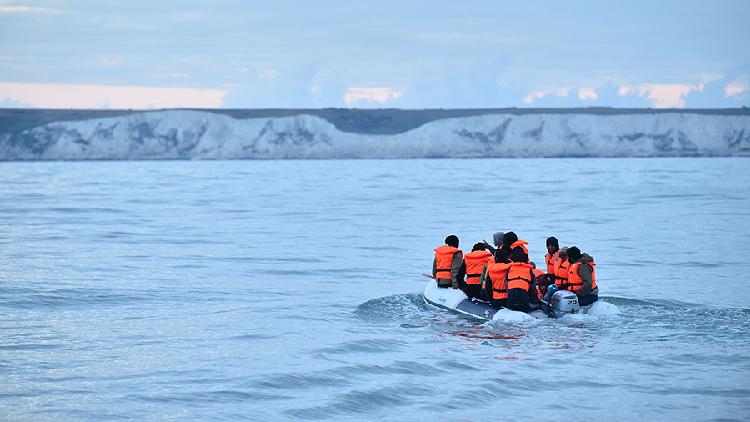 In this file photo taken on September 1, 2020, migrants in a dinghy sail through …